EXTINCT ANIMALS OF THE 20TH CENTURY

Define an extinct animal: an extinct animal is an animal species or plant species occurs when there are individuals of the certain species are no longer found, seen, or alive existing in the world. Meaning the species has died out or vanished.

There are moments where extinctions happen at a much quicker rate than usual, namely known as a mass extinction event. An example would be the end of the Cretaceous era, occurred around roughly 66 million years ago. An extinction causing many species in both marine and terrestrial habitats to have ceased. This mass extinction was caused by environmental consequences from the impact of a large asteroid hitting Earth.

The passenger pigeon or wild pigeon, is an extinct species of the pigeon that was native to North America, these were one of the first animal to become extinct during the 20th century. Reasons that caused for this animal’s extinction was the massive scale of hunting and the rapid loss of its habitat.

The paradise parrot was a parrot with colourful feathers. It was native to parts of Eastern Australia. The last living bird was seen in 1927, and has not been seen a year after. Causes of its extinction is likely from the result of droughts and overgrazing of farm animals.

The Tasmanian tiger or Thylacine, is a carnivorous marsupial that was native to the Australian mainland and the islands of Tasmania and New Guinea. The cause of this animal’s extinction is excessive hunting to reduce preying upon sheeps and was used in shows or zoos, habitat destruction and introduced disease. The last reported Tasmanian tiger was in 1936. 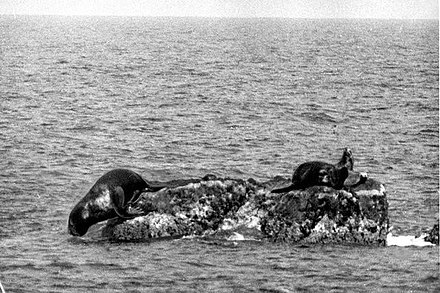 The Japanese sea lion was an aquatic mammal that lived on the Sea of Japan, primarily around coastal areas of the Japanese Archipelago and the Korean Peninsula. Japanese Sea Lions mainly bred on sandy beaches which were open and flat, but occasionally in rocky areas.

The Japanese Sea Lions were hunted for its skin to make clothing, meat for foods, and oil for lamps, and other several of its body parts used for human activity, such as its whiskers and internal organs. They were also used in circus trades. And a submarine warfare during World War II is believed to be the reason of their habitat destruction.

The last known sighting of this animal happened in 1951, and now has been declared extinct. However, there were attempts of revival of this animal in 2007 and claims of single sea lions that have been reported at Iwami, Tottori in July 2003 and Koshikijima Islands in March, 2016. But identities of these animals remain unclear, and was observed to be another species of Sea Lions.

The Guam flying fox also known as little Marianas fruit bat, was a small megabat native to Guam in the Marianas Islands in Micronesia that was confirmed extinct due to hunting or habitat changes. First recorded in year 1931, observed roosting with a common Mariana fruit bat. Little is known about this animal it is likely to have fed on fruits and flowers.

The animal went extinct due to humans hunting it for food, according to the IUCN. The last seen Guam Flying Fox was a female that got shot by hunters, and has not been spotted since 1968.

The Caspian tiger was a tiger native to eastern Turkey, northern Iran, Mesopotamia, the Caucasus around the Caspian Sea, Central Asia to northern Afghanistan, and Xinjiang in western China, and it was one of the largest big cats on the planet.

The cause of this animal’s extinction is due to hunting of tigers and their prey and habitat loss.The last known Caspian tiger was in Turkey, killed near Uludere Hakkari province in year 1970.

The main reasons these animals have gone extinct is evidently human activity, including poaching or illegal hunting and excessive use of pesticides. But as for natural reasons, it would likely be caused by climate change and natural disasters. There are many reasons why we should preserve endangered species for the future

There are certain negative environmental impacts with humans that can be caused by extinction. Taken from an article, there were reports of parts of Africa, a place where lions and leopard populations have decreased. Caused olive baboons to change behaviour patterns and increase close contact to humans. Resulting an increasing amount of intestinal parasites in humans and baboons. But not only that, animals also play many roles in medicinal and agriculture contributions.

How do we conserve future endangered animals?

Avoid excessive use of pesticides and herbicides, even though It is commonly used to eliminate agricultural pests that can damage livestock and crops and reduce the farm productivity, they are hazardous pollutants that affect wildlife and the food chain. Predators of these insects such as snakes, hawks, owls, or more animals could be harmed because they eat animals that are poisoned.

Some alternatives to pesticides could be handpicking, using harmless barriers or traps instead to catch insects, companion planting, and crop rotation.

Try to recycle and buy sustainable products and decrease the use of ingredients that can harm wildlife such as palm oil.

We can try to learn or study more about endangered species, you can too, and educate others by letting them be aware of these endangered animals.